This is a project called Dresdon Plate that I started in 2006. It is designed by my friend Kathryn Farrago. 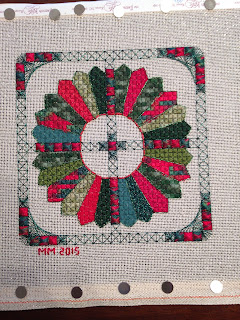 A Trip to California or Dear Emily & Adam

Uncle Mike and I had the PLEASURE of being at your wedding! It was a wonderful, beautiful day thanks for letting us be a part of it. 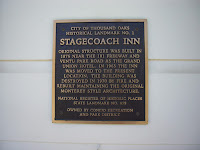 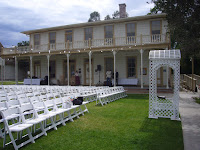 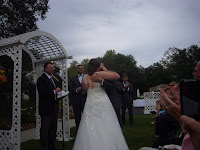 Travelling to and back was quite the adventure.

First our train from Denver to Emeryville, was 12 hours late due to storms in Iowa (tornado knocked a freight train off the tracks and two large tees on the tracks) and because engineers and conductors can only work 12 hours, they had to stop at some point and wait for a new crew. 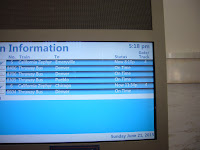 The upside was we got to see parts of the country you would normally sleep through, such as the Great Salt Lake, Bonneville Salt Flats and some very barren country. Gives me a deeper appreciation for the pioneers who trod forward through this! But we did sleep through the best parts of the Rockies and Sierra Nevada’s.

We arrived Emeryville at 4:10 am and had wisely cancelled out hotel for the night where we planned to stay overnight before we caught the train south to Oxnard which left around 8:10 am.

This train trip was fairly uneventful and was quite nice once we got out of San Fran, Oakland and San Jose and into the countryside. 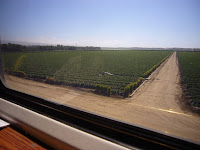 Of course the best part was going along the coast line. 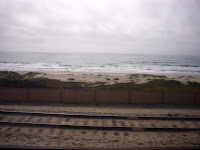 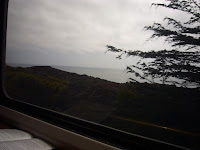 Our hotel in Newbury Park was VERY nice and we had a creative house keeper when it came to towels. First day we had a wash cloth “flower” on our bed. Later two love birds and a shirt and tie. 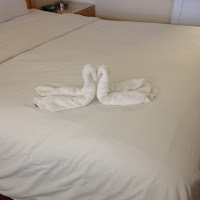 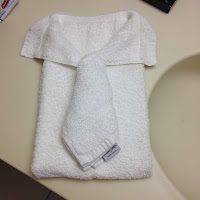 We planned to head back north on the train on Tuesday and then Wed-Thur back to Denver on the Zepher. I got a 7 am call on Monday to tell me the Denver train was cancelled with no alternative transportation. I call Amtrak and was told the next train was July 5th. Given various reasons for delay, Union Pacific track repairs, water on the track and can’t turn the trains around fast enough.

So off we went to AAA with your dad and we got plane tickets instead. Then we visited the Reagan Library. It is very nice.

Super Shuttle picks us up and off we go with a wild Russian driver to Burbank, Bob Hope Airport. Crazy/wild one handed drive! But we survived. 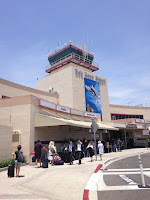 We waited at the airport, discovered no real food available behind security, so I made a food run ($14 for a chicken quesadilla which we split – had I known our true arrival time home I would have gotten 2, but I jump ahead). Before we can board we are told that the plane is too heavy to take off with the high tarmac temperature and 12 people must get off. They offered $150 for volunteers and  said the plane could not take off until they got the 12. So about 45 minutes later, we board. We are sitting on board and pilot tells us there is bad weather near Denver that they may need to fly around and so they had to add more fuel which made the plane overweight with a full passenger load. We are on a Canadaiar 50 seater. She (pilot) says she has to re check the figures and comes back to tell us two more adults must get off or the plane can’t take off until then. Plane is getting hot inside, but no one budges. Then they announce will the Johnson (not real name – mostly because I don’t remember) party of four come to the gate. As the father and his three teenage & younger sons get off, I see the pilot (we are in row 3) tell them she is so sorry and looks like she means it.

So we are off (about an hour late). Not a bad flight. I took a picture of a dragon cloud (below) and we had a LOUD crying baby last 10 minutes of landing. Waited at baggage carousel 15+ minutes then noticed Burbank was no longer listed. Went to arrivals board to see if carousel had changed; no Burbank on display board. I head to baggage services to learn my bag was not put on board and was left in Burbank. Turns out not many others were either!! Sneaky way to reduce the weight I think! Forms filled out and I was told it would be delivered to our house the next day. 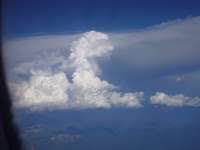 We head for the super shuttle pick up spot. He finally arrives after waiting 30 + minutes and we learn we are the last stop of 5. Got home at 10:15pm and had a good night’s sleep in our own bed!

On Monday, I also call the kennel to let them know we will be picking Maddie up on Wednesday, July 1 rather than on Friday, July 3. They say ok. We go to get her on the first and they are not expecting us until Friday. But they get her stuff and the internet/credit card payment system goes down. They let us have Maddie and called us later for the credit card number.  She slept a lot once home, the kennel seems to wear her out. 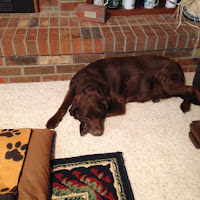 I hope your travels were much smoother!! I guess we took the “hit” for odd things to happen and your wedding went smooth as glass! At least it looked perfect from the guest’s perspective.