When I posted the blasts from Christmas past, I realized I did not have an ornament for our tree this year!!

So I designed, stitched and finished this little guy, (it is 3" by 3.5") which fits perfectly into our new life here in the Valley of the Sun! It is a Sun City Stitcher exclusive. 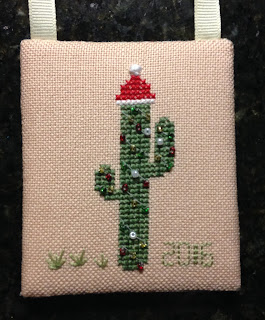 Some Blasts From Christmas Past

Since I am stitching for current Christmas gifts and can't post any photos, I thought I would post some of my favorites from the past. 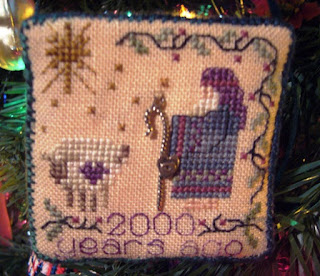 A Shepherds Bush from the 2000 Just Cross Stitch Ornament Issue. It won an Honorable Mention in the 2001 North Carolina State Fair (I think it could have done better, but I was a novice at finishing and had a bid of trouble). 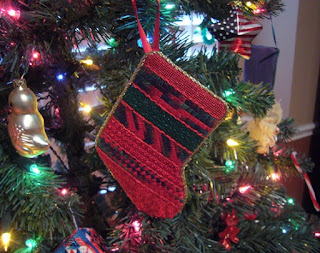 2009 ANG or EGA project, designed by one of our members. 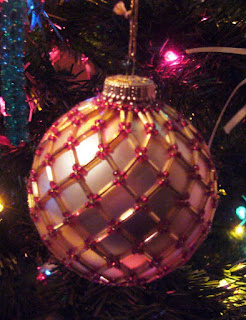 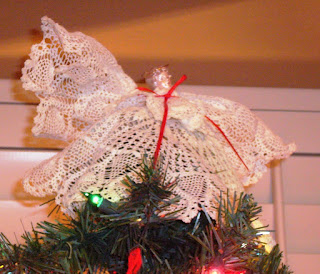 This angel I made in 1994 and it won a third place ribbon in the L.A. County Fair. 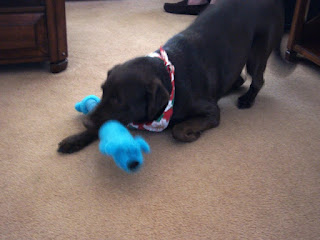 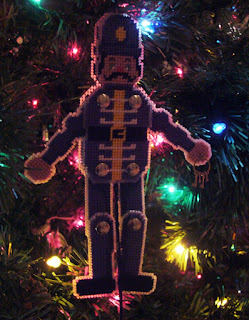 This from Issue 39 of Jill Oxton's Cross Stitch magazine (1999). The legs and arms move up and down when a string is pulled. It won a third place ribbon in the 2001 North Carolina State Fair. 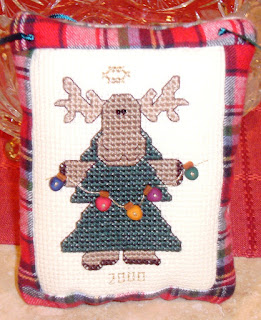 This is also from the 2000 Just Cross Stitch Ornament Issue. I made two that year, one for my brother's family and one for us. It was fun to stitch. 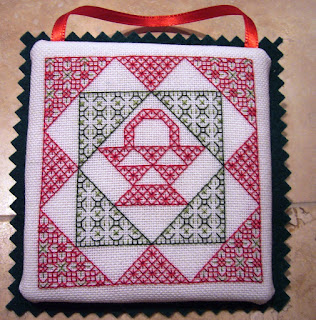 I made this in 2009 for my friend, Sandra. Sorry I do not know the design or designer. 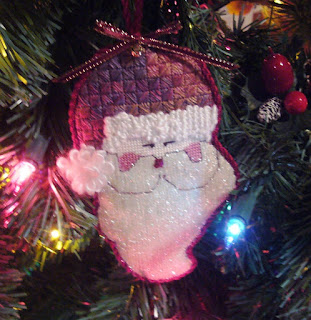 These two Santa I made in 2005 or 2006. I have looked high and low for designer information and can't find it. I want to say it is through Rainbow Gallery, but I am not sure. 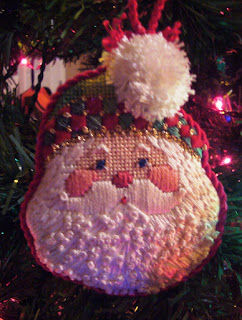 I may post other of my ornaments later and maybe do a post on ornaments I have gotten from friends and exchanges. I have them on their own metal ornament tree.

Posted by Sun City Stitcher at 8:10 PM No comments:


I took out some time in my week last week to attend a class offered by my local bead group and finished this very southwest looking bracelet on Nov. 30, 2016. 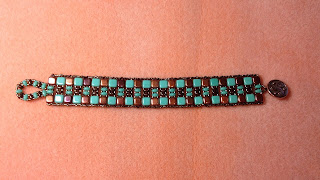 I have worn if a few times and got some nice compliments. I may make another in a different color.

I think that covers it for now, I am doing some Christmas gift stitching and can't post any of those items until after the 25th, so stand (you may also sit) by!
Posted by Sun City Stitcher at 7:36 PM 1 comment: