Following My Own Advice

A fellow blogger, who has not blogged for a long time, was concerned about starting up again. She felt funny about being absent for so long and just starting up again. I said stitchers in blog land are a nice bunch and very forgiving. I told her to just go for it!!

So here I am taking my own advice!! I will not attempt to fill you in on the void, other to say etsy, ebay and facebook have taken up my computer time. I have also not done a lot of stitching, mostly paper crafting stuff.

But will give you a taste a few things.

For Christmas I made this Shepherd's Bush design that they show used as a door hanging with greenery in it, but I followed my local needlework store's (Fanci-Mats and More) example and made it into a toy sack! I used buttons and charms from my stash, not as pictured by Shepherds' Bush. I think it came out very cute!! 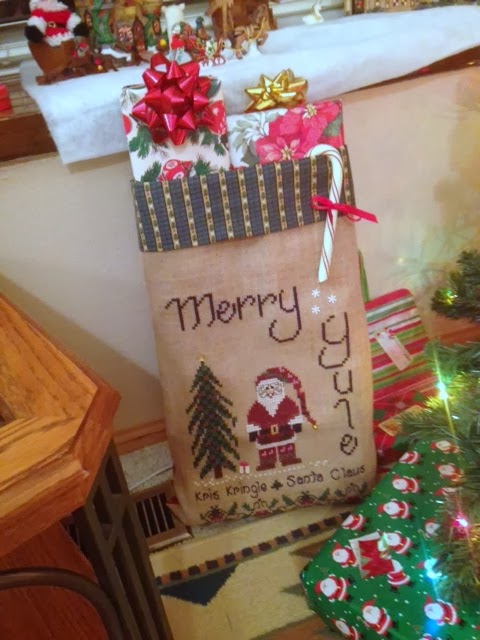 I also made this little gingerbread man by tracing a cookie cutter and then going from there. 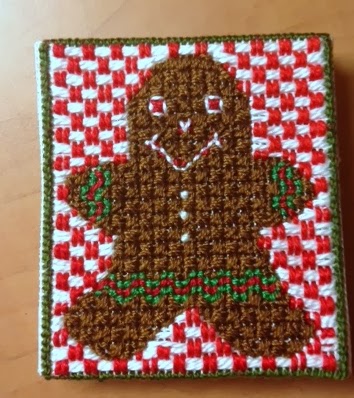 I live in Colorado (duh) and have become a Broncos Fan. So the last few days I have been busy making Bronco colored bracelets. Even sold a few! 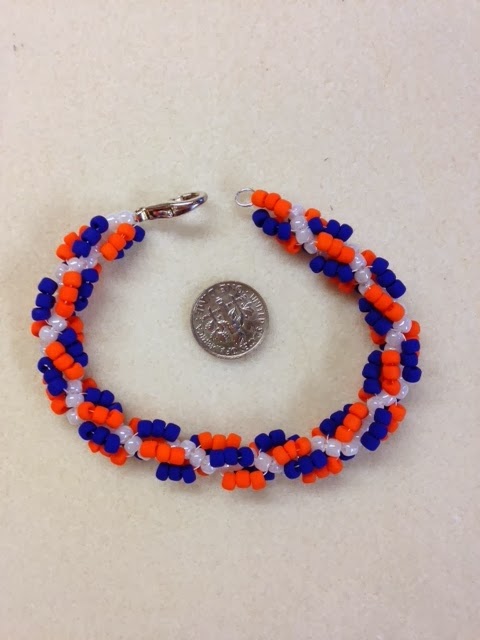 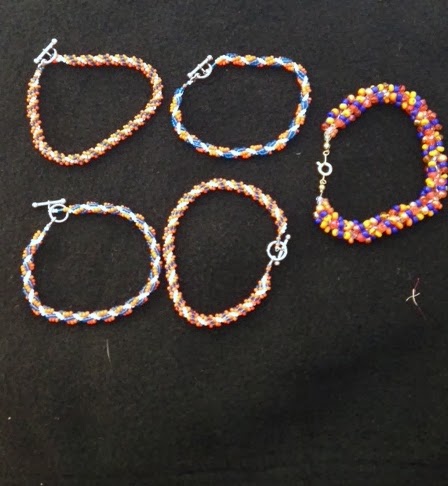 I also made Miss Maddie her own Bronco kerchief and bought her a stuffed football dog toy. She mostly sleeps during the game though  - unless we get too vocal and then she leaves the room! 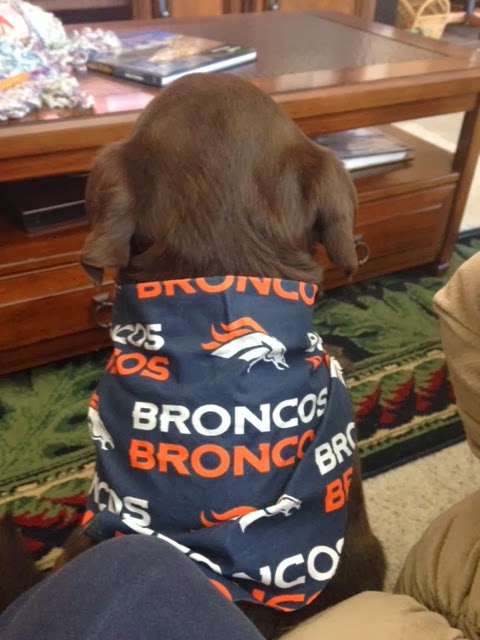 Love Shepherd's Bush and your finish is great.

Nice to see you back in blogland!

So nice to see an update from you! I love your SB finish. What a great way to show your team pride with those great bracelets!
Have a great weekend!