Some Christmas Ornaments for 2020

These were gifts I made for friends so I could not post about them until after Christmas! 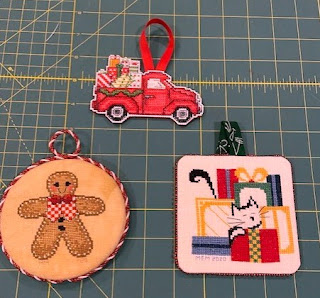 The red truck is worked on perforated plastic and is from a kit I purchased from Mary Maxim. It is called Holiday Pickups and is designed by Marianne Savage for Design Works Crafts. Besides this truck in red, there is one with a Christmas tree and one with a snowman. Then there is a blue version with same items in the bed of the truck. Total of 6 trucks. I backed it with red felt. 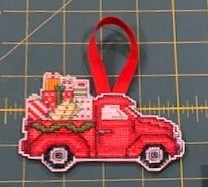 This jolly gingerbread man is from the 2004 Just Cross Stitch Christmas Ornaments issue.  It is called Gingerbread Boy and designed by Sue Hillis. Instead of 14 count perforated paper, I used a 28 count linen from my stash. I shaped it around a 6" diameter finishing form. It is sitting on the fabric I used for the back. 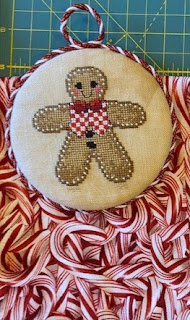 This next cute ornament is from 2010 Just Cross Stitch Christmas Ornaments issue. It is called Consumed by Gifts by Michelle M. Lash of Brittercup Designs - I just love her stuff!! I used DMC floss instead of the overdyes called for on the chart. Again, it is sitting on the fabric I used for the backing, it was 4" square and I made it into a flat form. 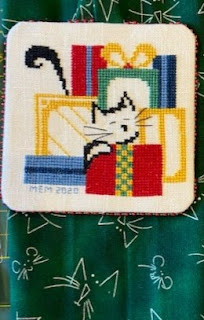 I love stitching for Christmas! Two more ornaments in my next blog post.