I seem to be in a finishing state of mind.

The first project is from the 2005 Bent Creek Zipper Series and this one is called Stars. It is on 18 count fabric over two using pearl cotton. I made it into a flat fold and it is on the fabric I used for backing. It is about the size of a #10 business size envelope. 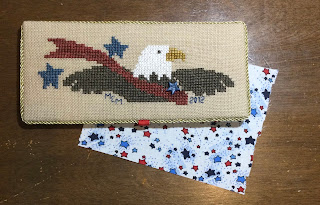 This next is also from Bent Creek. It is called Coins Patriotic (c) 2007. It is on 36 count fabric over two using floss and is about 3"x 5". I made it into a pillow and the backing fabric is gray with tone on tone stars. 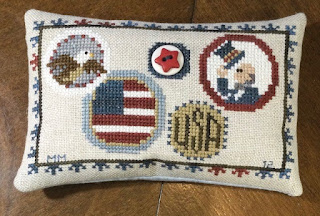 This Santa is called Santa Star from Homespun Collectibles. I completed it in 2014. The chart only was for the front, and I got a wild idea to make it 3D so stitched a back. It was a bit of a pain to finish, but here it is. 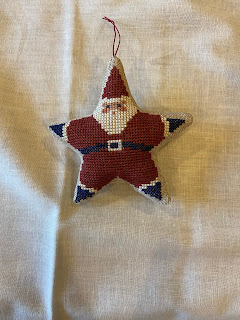 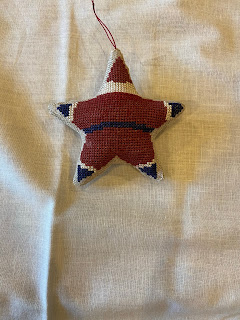 This last project is by Betsy Morgan and is a Sampler Guild of the Rockies 2012 fundraiser only available to members. It is a needlebook that can also be used as a Christmas Ornament. It is called Christmas Eve in the Rockies and is about 2.5" inches square closed. I made the twisted cord and used bamboo felt for the needle holder inside. It came with the star button and bell for a closure (besides the fabrics and threads). 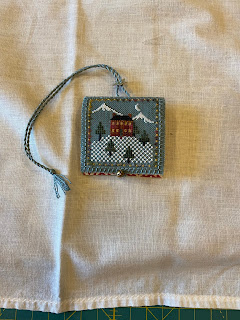 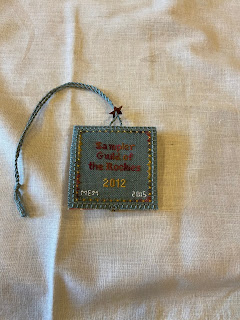 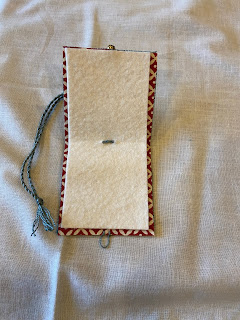