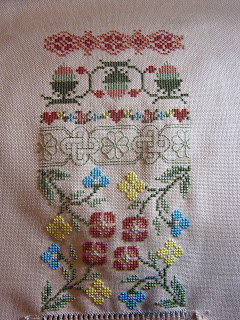 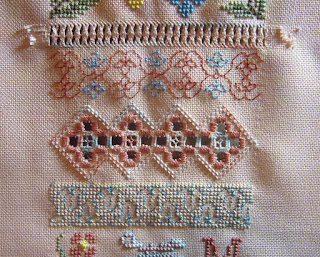 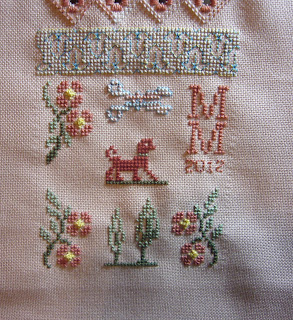 That's the report for today!!
Posted by Sun City Stitcher at 10:18 AM

Great finish!! I love the top section, the flowers are pretty!

What a great sampler - and the story to go with it. Well done.

A nice finish and a great project for the region!