I seem to be going along with my rotation system and WIP/UFO reduction quite well having finished quite a bit. This week I selected a Needlepoint project from around 2005. I am not 100 percent sure of the year, but I know it was from my Raleigh ANG Chapter so it would have to be sometime between early 2000 and May of 2007. I think it was a later project, so I am guessing 2005.

I may see about a second color besides the red to fill in the alternating spaces, but my "kit" is mainly red - canvas and threads with the gold metallic as the foundation rows. The thread is a red Soie Cristale. 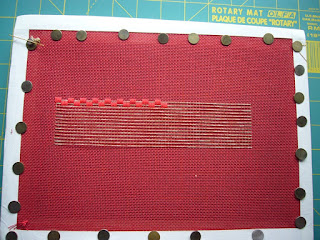 Here are some details of the project. 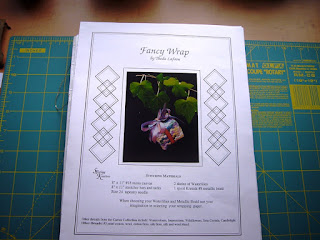 I did this project (in blue) and actually finished it. I have picutres of it on my tree in NC, but it was lost in the move to Japan, unfortunately. The stitching part goes pretty fast, but I was a little shaky on the finishing (because it involved glue!) Can't wait to see your finished piece.